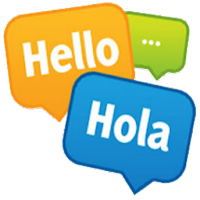 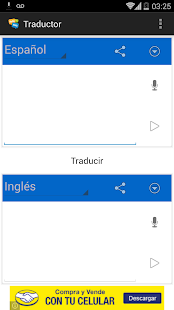 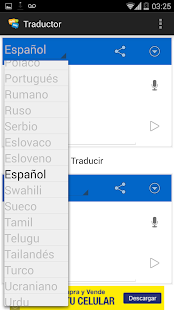 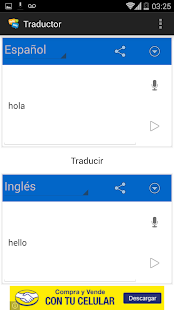 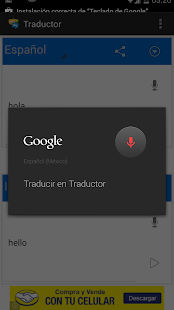 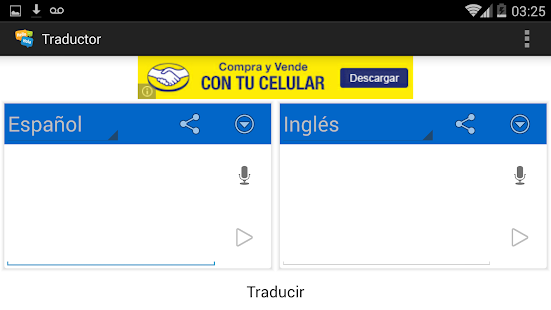 🔰 Exclusively you can download The translator apk for mobile via apk-core.com ❤️ quickly and easily.✅

About The translator APK

The Translator for all language is a free android app with which you can translate texts written as well as by voice or even photos, this app supports all languages such as Spanish, English, French, German, Portuguese, Arabic, Hindi and a long etc, “THE APP THE TRANSLATOR NEEDS INTERNET” although it is totally a free app this means that there are no additional costs within it. Some of the requirements for its operation is that your android version has to be higher than 4.0.3 onwards and as we have mentioned internet access and of course this instant translation speed is depending on your type of connection.
It is designed to be easy to use and intuitive, you can see the photo options, translate and microphone in the middle of the app, languages and the button to change the order of these are located at the top, then you have in each language several options such as microphone, play button, “x” to delete the text from the drawer, copy and share button which will allow you to send translations to your favorite apps and with which you can have conversations with people from other parts of the world and different languages.

More About The translator APK