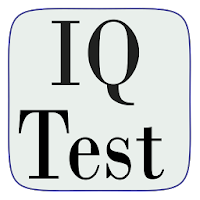 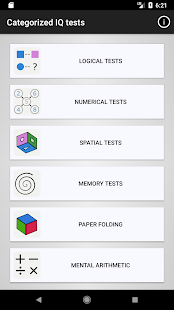 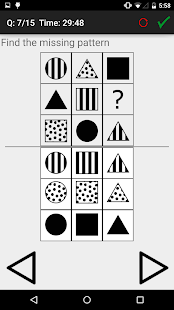 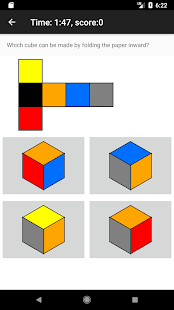 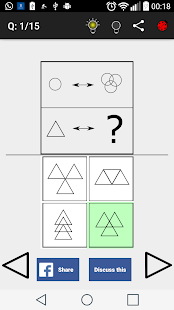 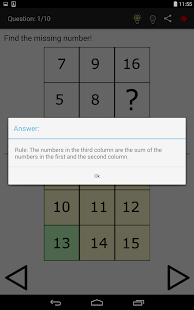 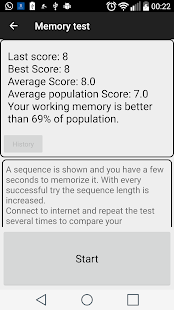 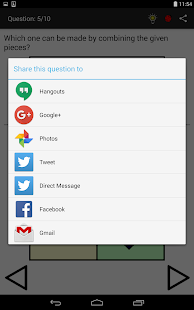 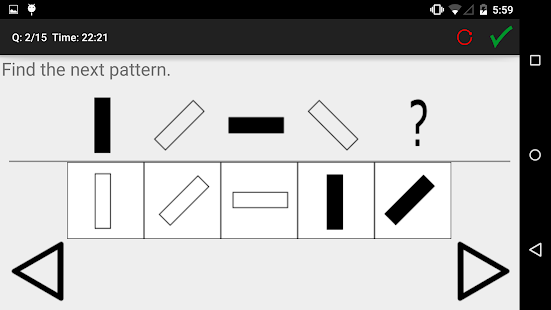 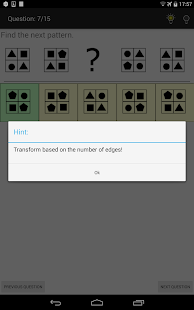 Call it an Intelligence test, IQ test, aptitude test, or psychometric test, they are used in schools, admission exams, and job interviews to assess the ability of applicants in processing information. This free IQ test application provides more than 100 IQ test questions with answers. The aptitude test questions are nonverbal and are categorized into logical, spatial, and numerical tests.
If you plan to take SHL or Kenexa logical or inductive Reasoning Test as part of a job interview then these tests can be useful, also for other similar tests like a general IQ test, MENSA test, Logical test, Intelligence test, or DAT test.

Besides preparing for a job application assessment, solving these short puzzles is a mental exercise, potentially improving the inductive and logical reasoning, numerical and spatial abilities of the users.

Hints and solutions are provided for most of the questions. Based on your performance you will receive an IQ (Intelligence Quota) score. The IQ score is calculated based on the deviation of your score to the average score by other users. Every standard deviation is counted as 15 units of IQ score.

Taking the IQ test and scoring is offline and the score is given free of charge(does not require internet connection).

2- Numerical tests: In the form of number series, number analogies and number matrices. These are encountered in IQ tests, and job interview tests for quantitative roles (e.g. trading, finance, banking, and software developing).

3- Spatial reasoning: In the form of two-dimensional pattern matching, and paper folding.

4- Memory test: Test your short-term memory and compare it with the average population

Short-term memory test:
-Memorize and recall a sequence of numbers, letters, colors, and pictures. Comparison to average population is offered.