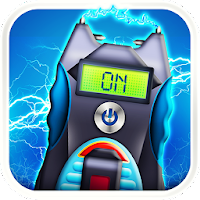 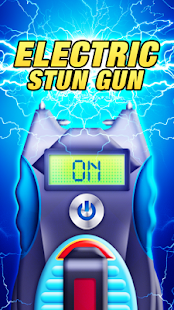 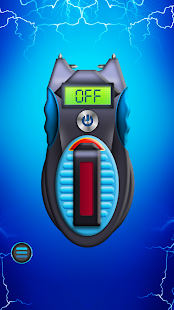 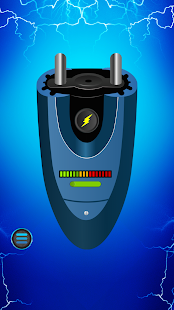 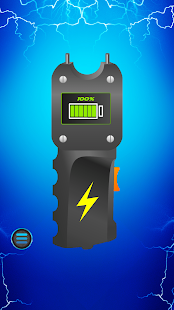 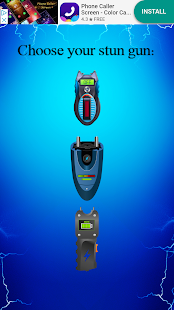 Electric Stun Gun Simulator is an entertaining app that simulates the sound and noise of three different Stun Guns that you can use to scare your friends and family! It displays an image of a stun gun in the center of the screen and pressing it causes your phone to flash the Flashlight rapidly, emit a LOUD stun gun sound effect, and flash the screen. Pick from three different stun guns with three distinct sounds!

KNOWN ISSUES:
No known issues at this time.

DISCLAIMER: Strobe light can cause epileptic seizures in some people with history of epilepsy. Do not point flashing light at the face of anyone.

DISCLAIMER: This is NOT a real stun gun and does NOT work like a real device.

ABOUT REQUIRED PERMISSIONS:
The Camera permission is asked for so that the Flashlight LED may be used to generate a strobe effect when the stun gun is active. NO recordings of any kind are made.

android.permission.VIBRATE, This is used to vibrate the phone when the image is pressed.